The uniqueness of terroir by volcano

where the sun light and the Aegean blue became wine

The story of Kalliston Winery begins in 1922 when Mendrinos Eleftherios produced the first wine. Three generations of the Mendrinos family have been making wine. Mendrinos family’s passion for wine, love for the land, and respect for Mendrinos heritage continue to flourish.

The Santorini Assyrtiko as well as the Aidani, Athiri, Mandilaria, and the Mavrotragano are put to the best use possible, and with the proper respect to their organoleptic characteristics, the quality wines are produced which receive acclaim in international competitions, both in Greece and abroad.

Climate
Santorini’s climate is characterized by mild winters followed by hot long summers. The reduced rate of rainfalls and the strong winds have as an effect a very low yield which normally is about 3000 kg/ha. In order to protect the production by the winds, vines are been pruned in a low basket shape, called kouloura. At the same time, high moisture levels help the soil to absorb water during nighttime, giving it back to the vine during the day.

Soil
The soil is a mixture of lava and volcanic ashes. That volcanic soil lacks in organic matter making it resistant to diseases. Another important factor is that Santorini’s vineyard has never been affected by phylloxera. As a result, the vineyards of the island have never been replanted, making them one of the oldest in the world.

The viticultural region of Santorini is ancient, with varieties that date back to antiquity. According to Mr. Doumas, professor of the University of Athens and head of the excavations in Akrotiri, archeological finds located in the pre-historic city of the Akrotiri, constitute definite proof of vineyards in Thira (Santorini), since the 17th century BC. This prehistoric viticultural region was destroyed in the huge volcano eruption, around 1620 BC.

The viticultural region was then resurrected on new volcanic soil, as part of the rehabilitation of the island at approximately 1200 BC. One would not be exaggerating in saying that the viticultural region of Santorini is three thousand years old, given that up to the present day, it has seen uninterrupted cultivation, while the vine and the wine have been at the core of the financial, social and cultural life of the island. 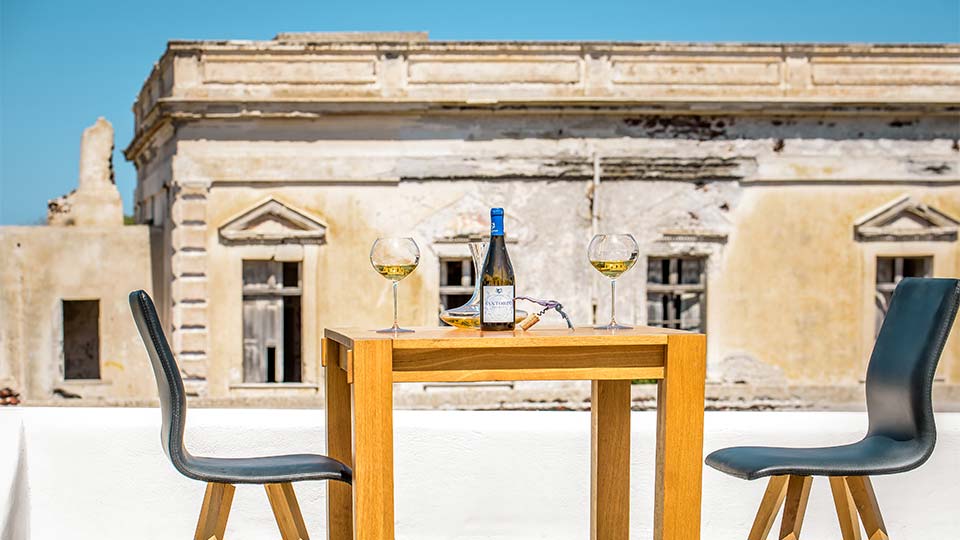 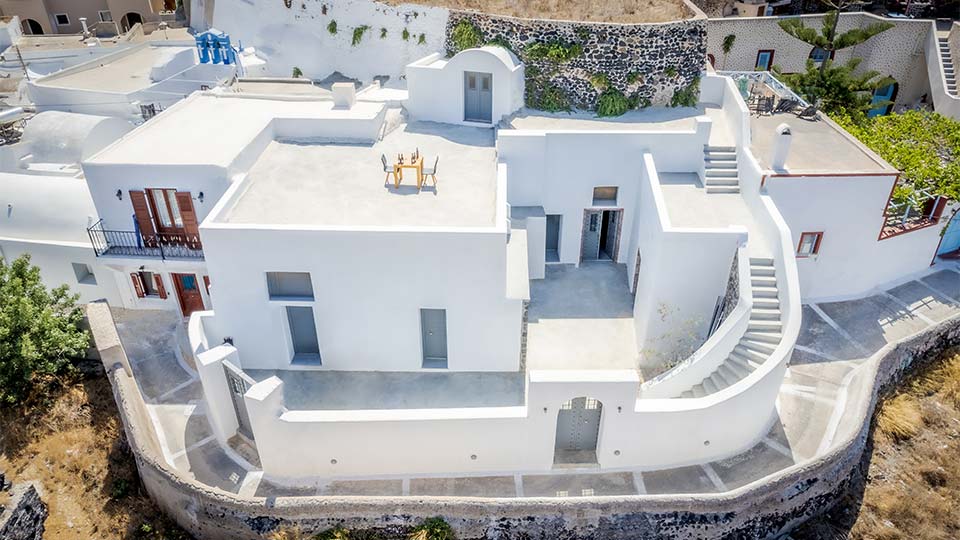 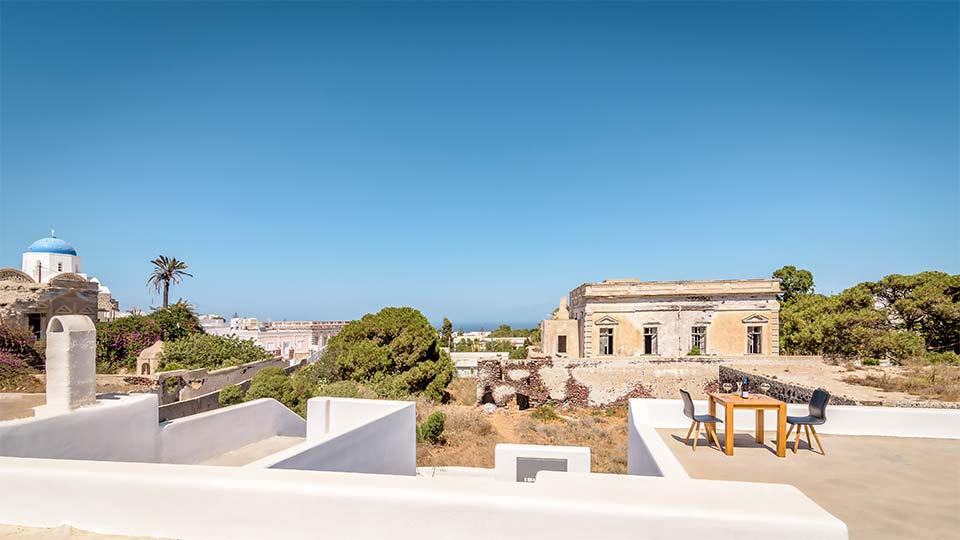 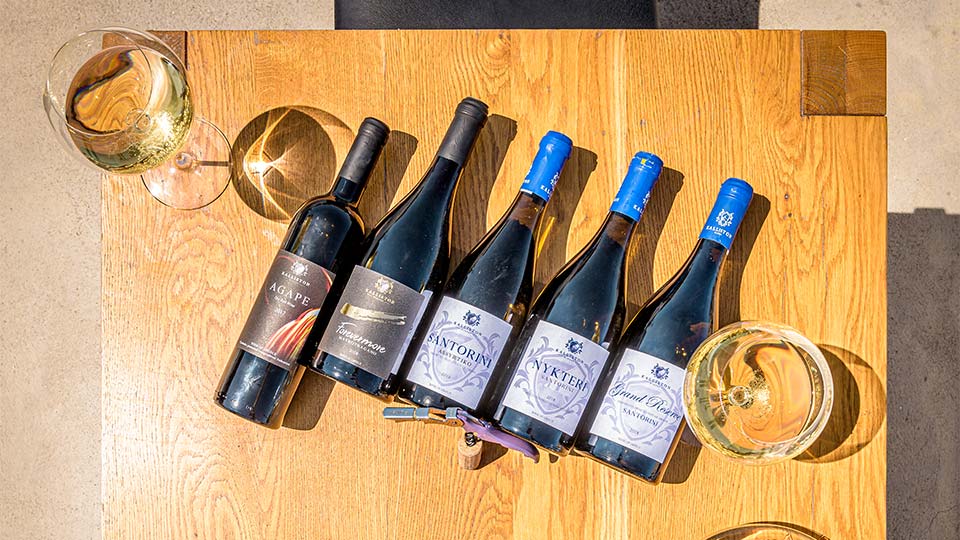 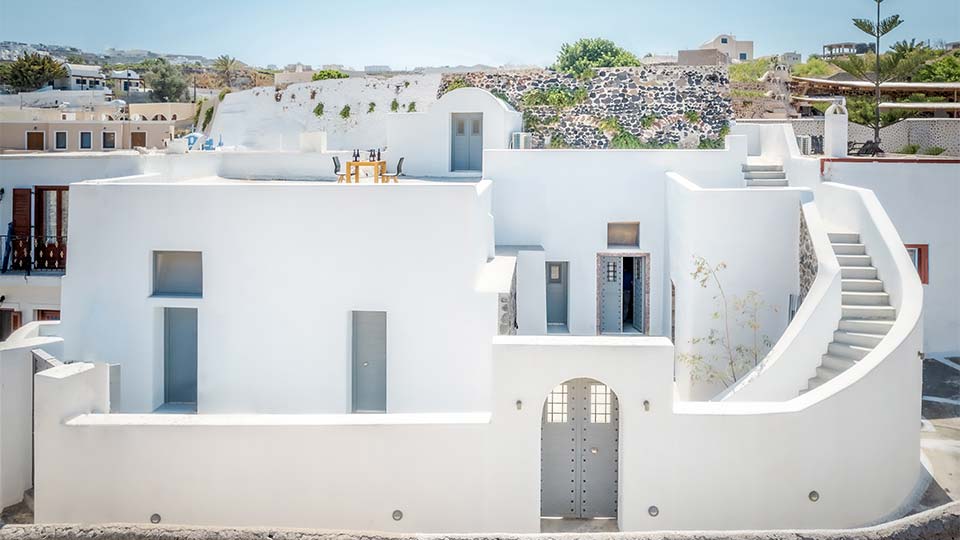 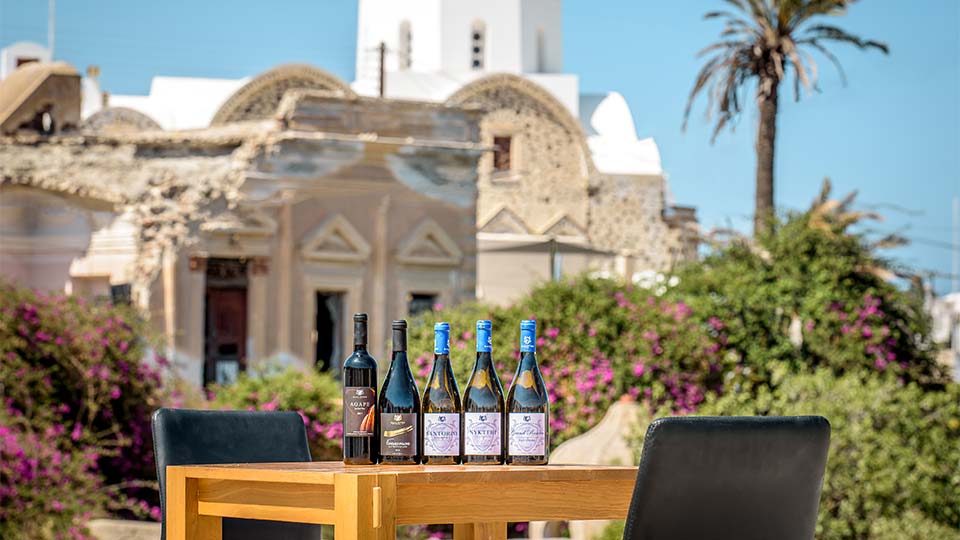 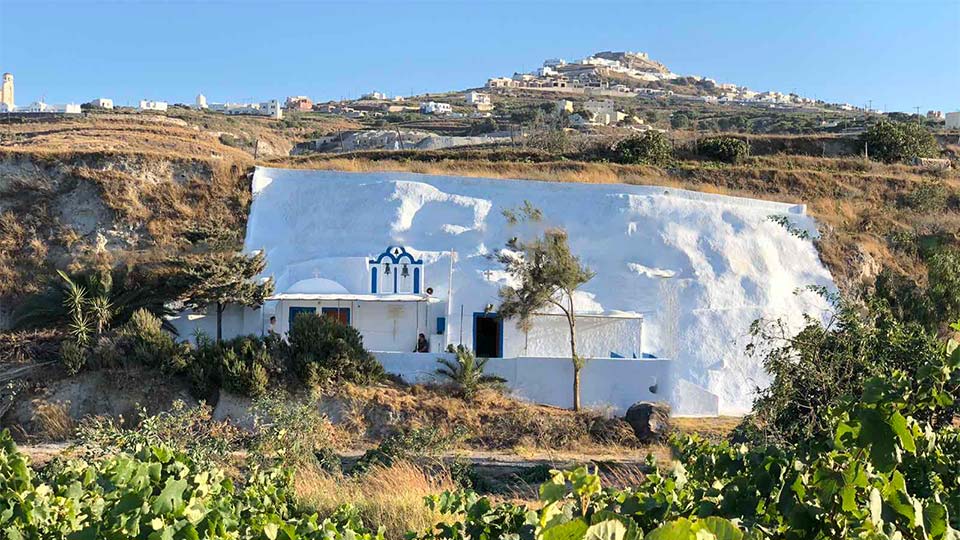 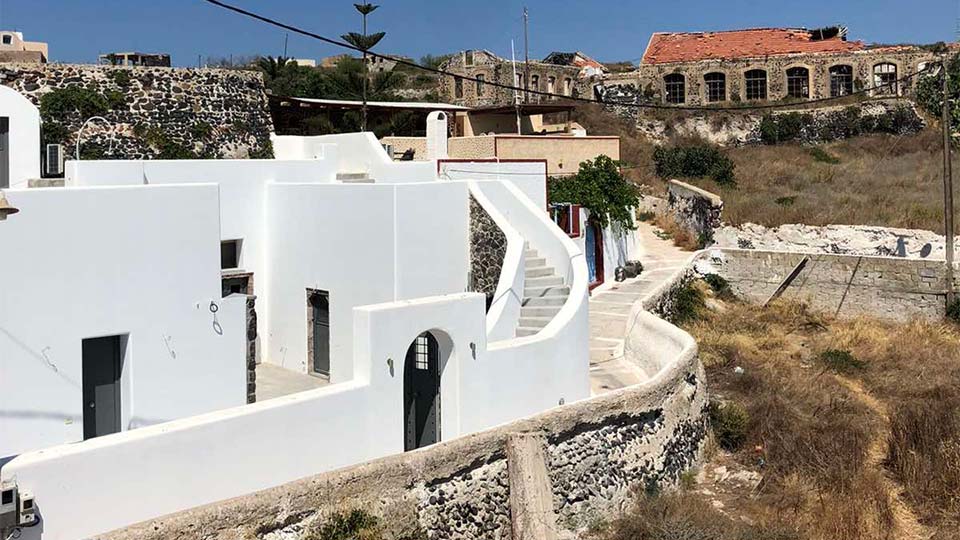 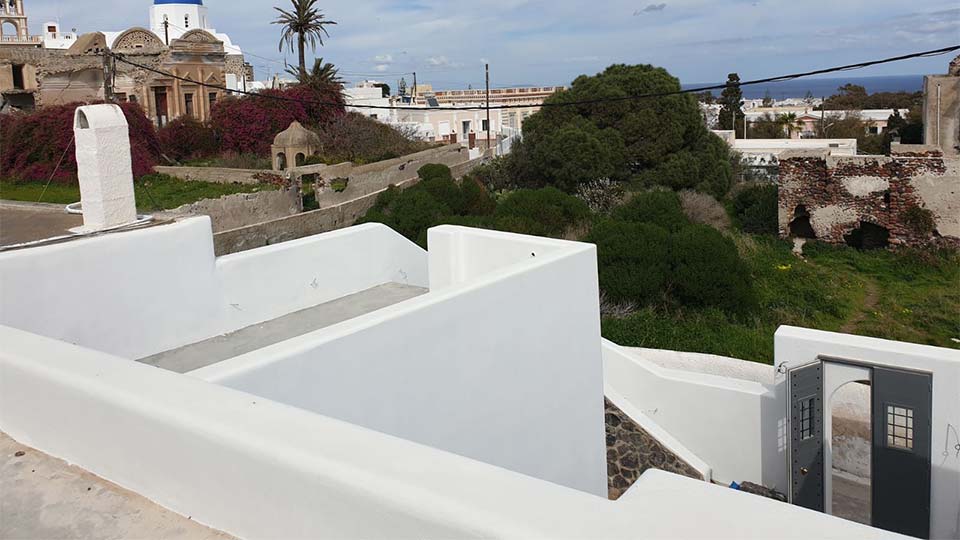 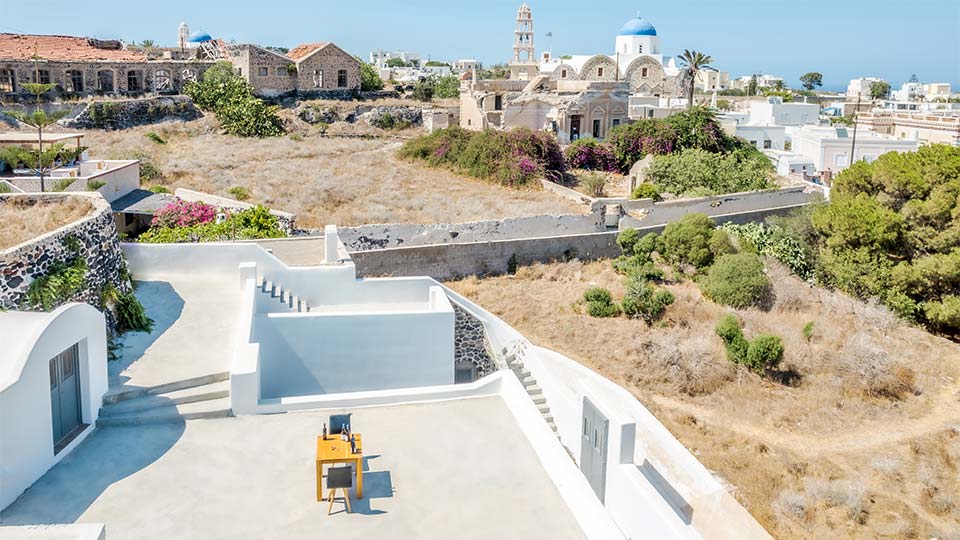 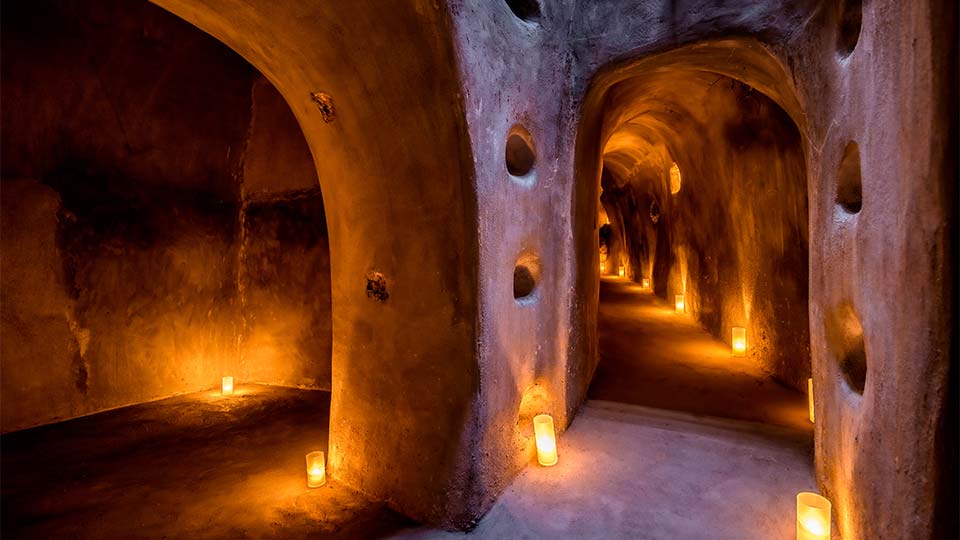 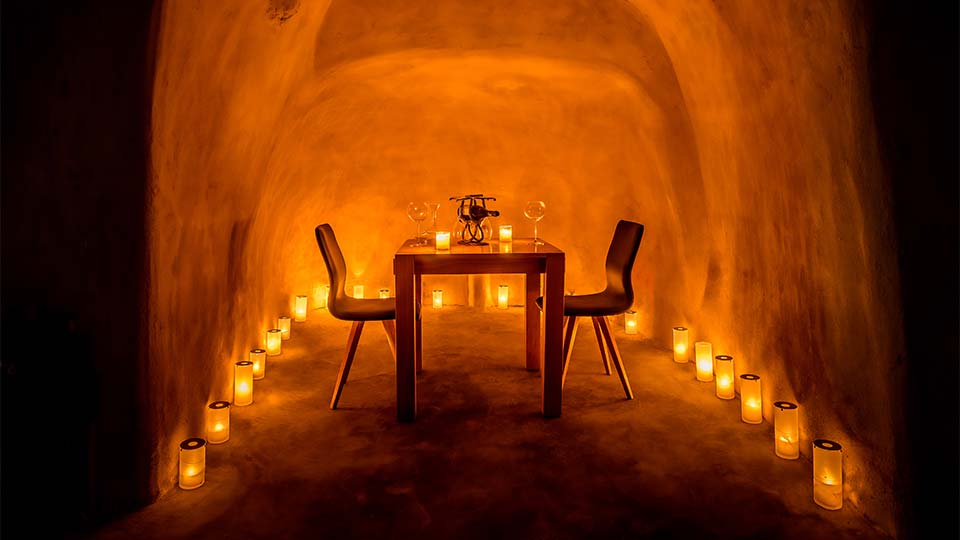 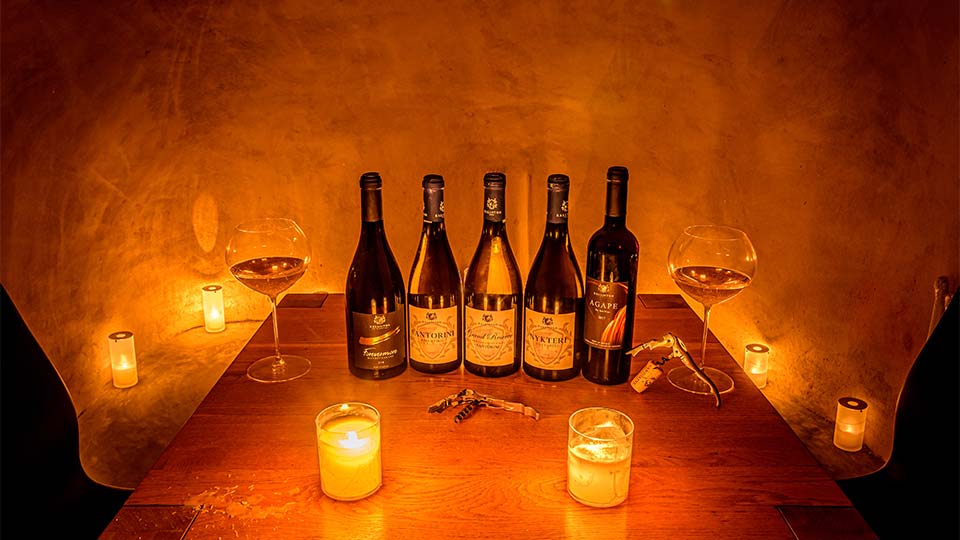 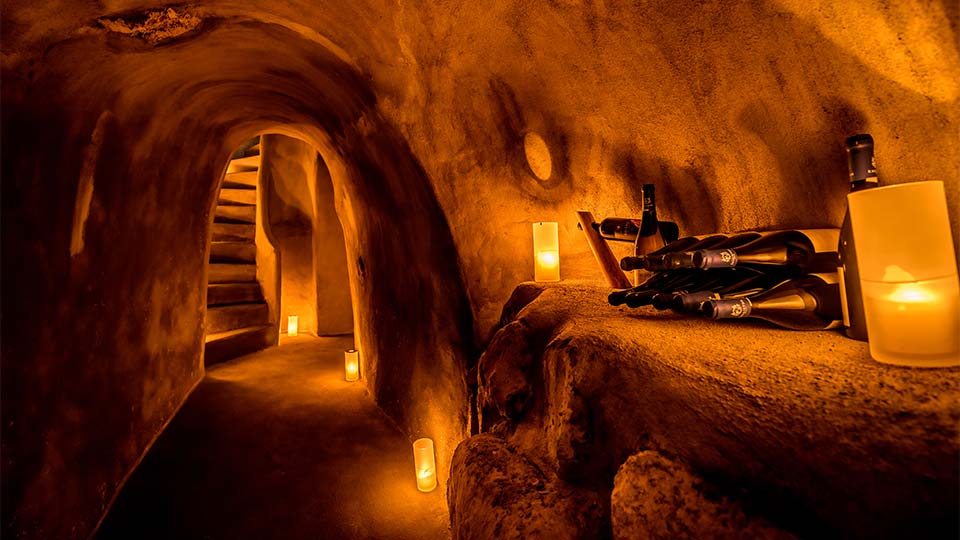 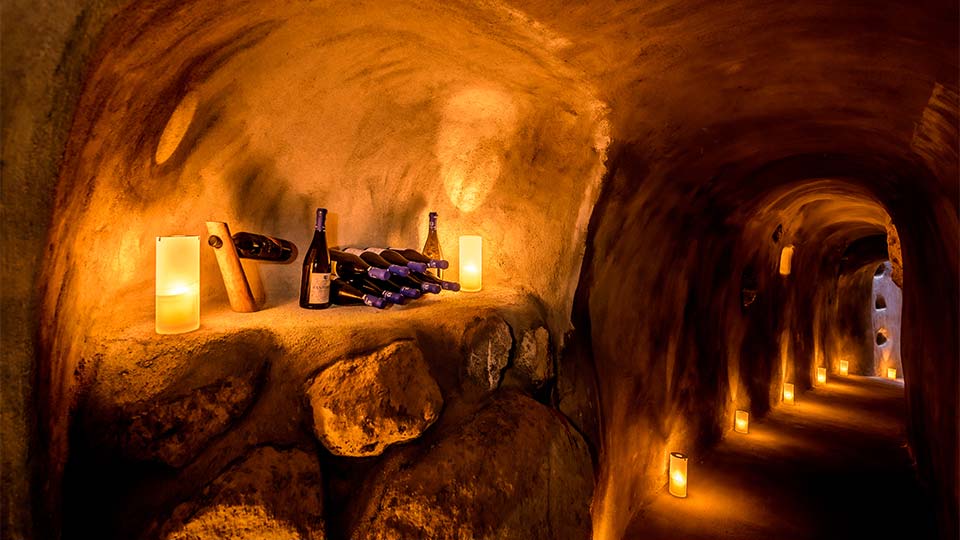 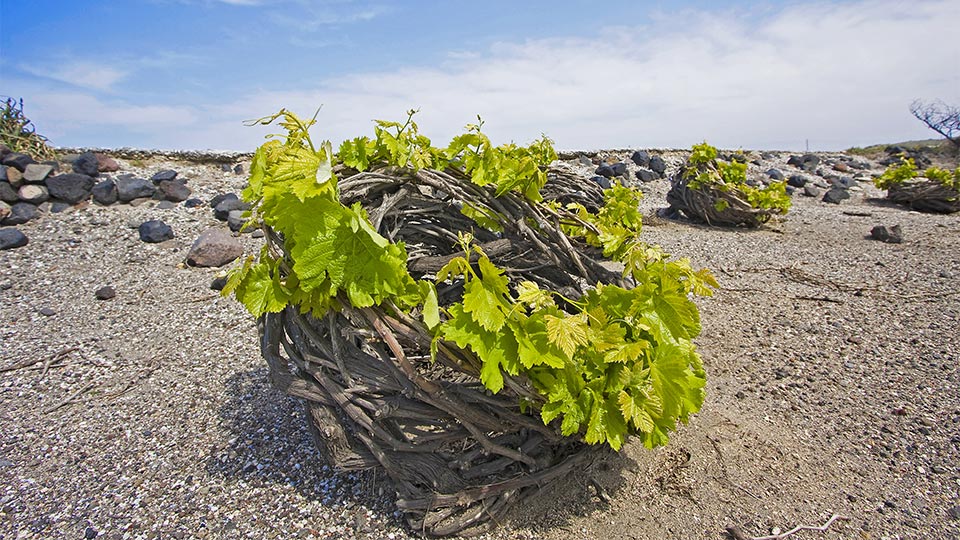 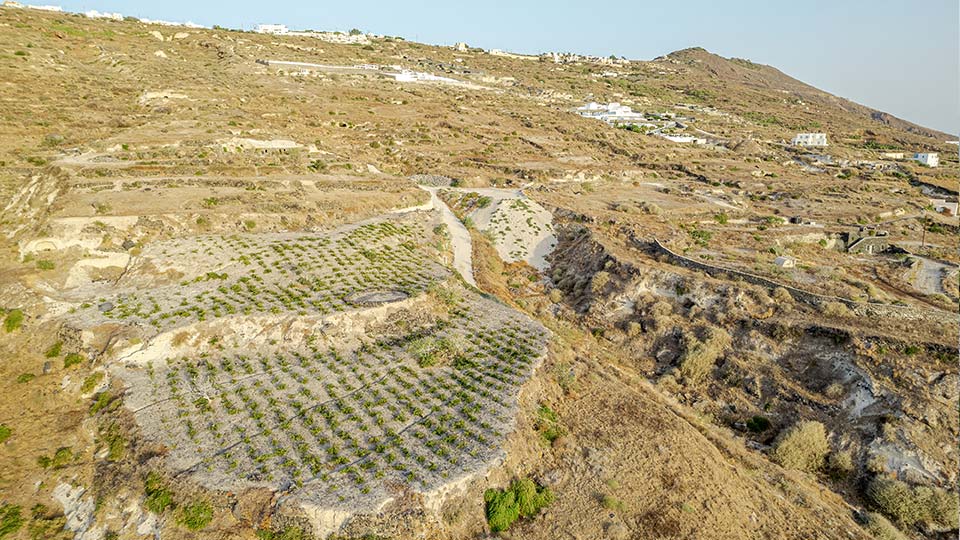 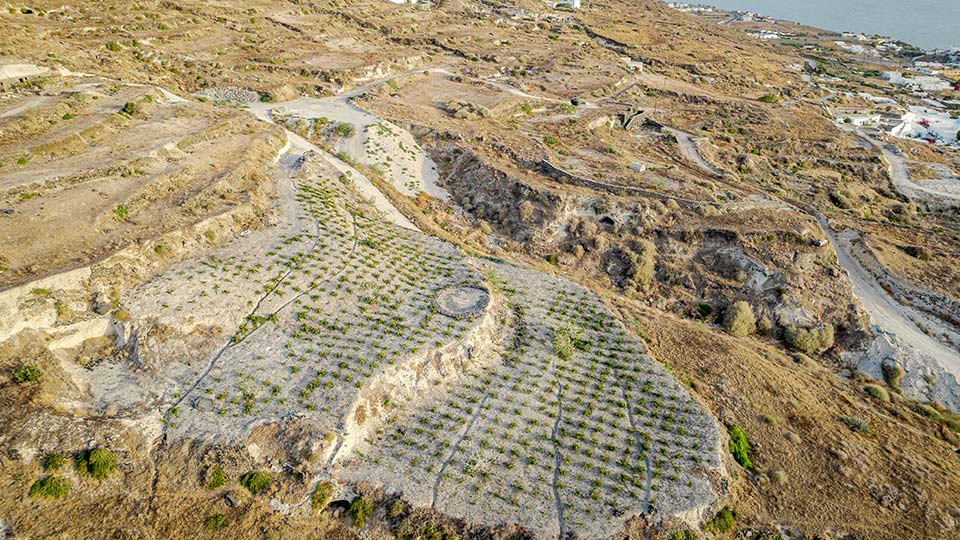 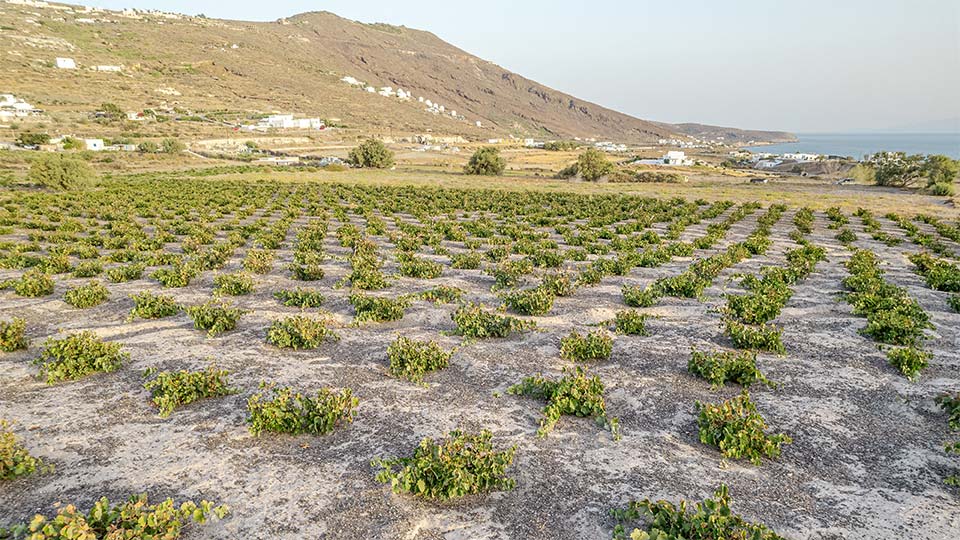 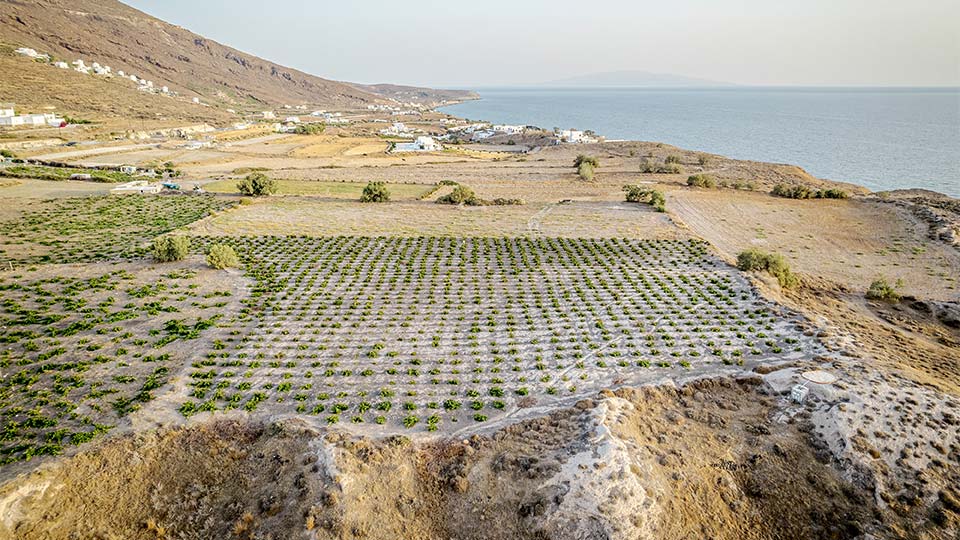 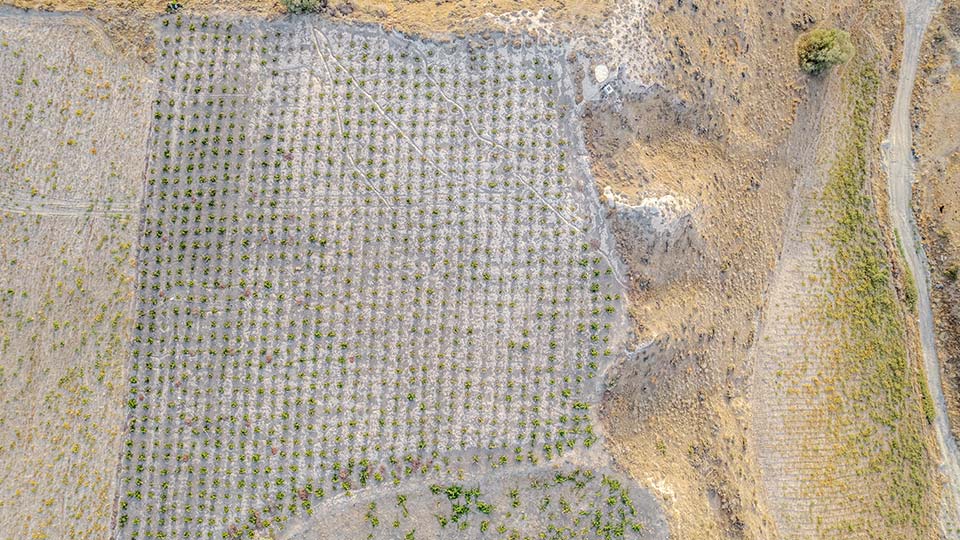 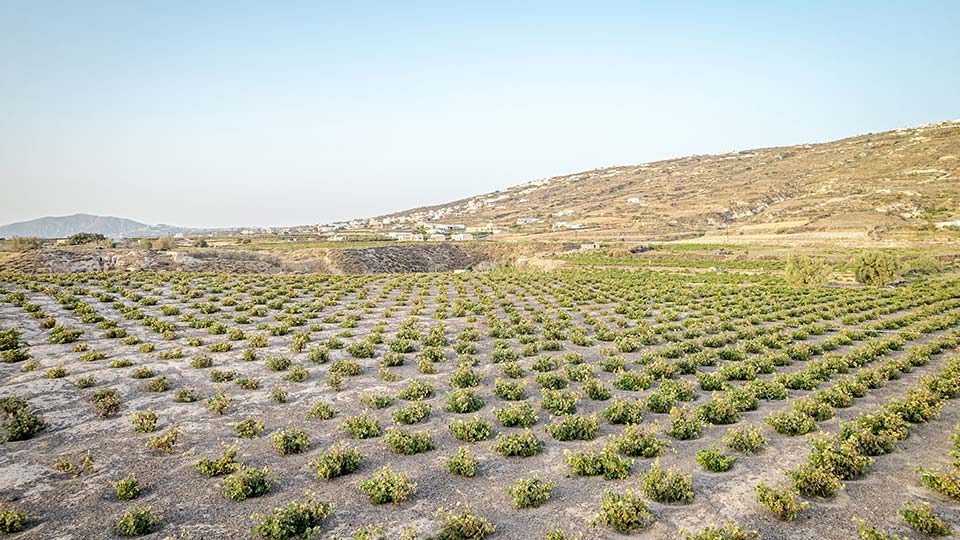 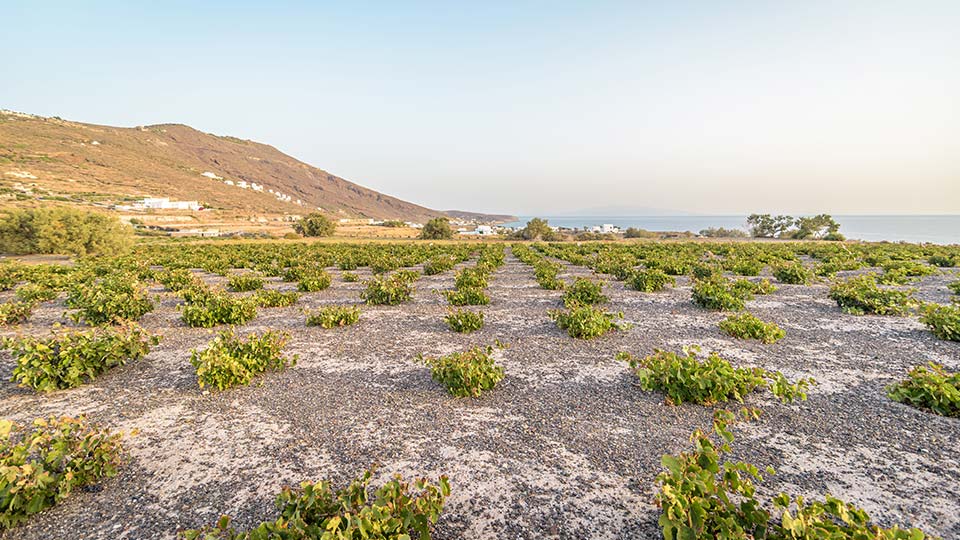 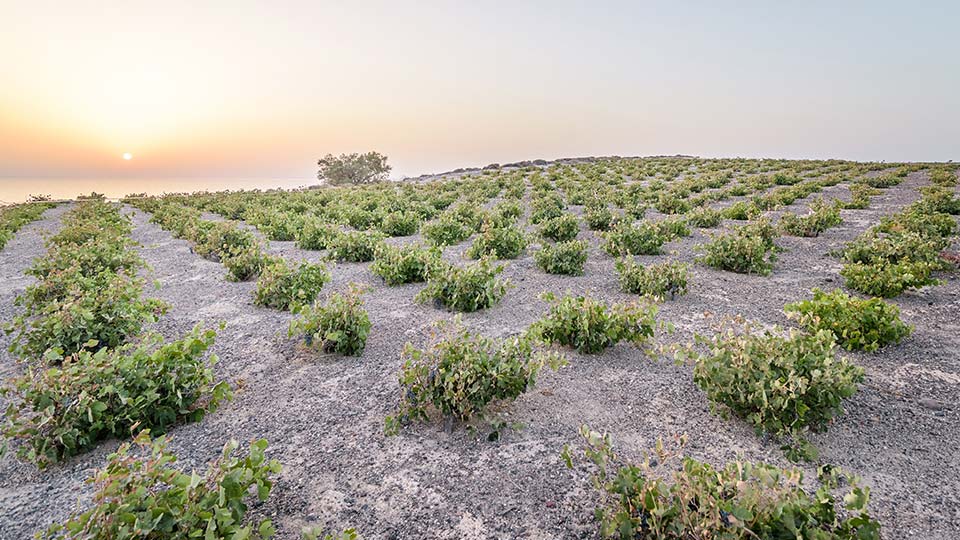 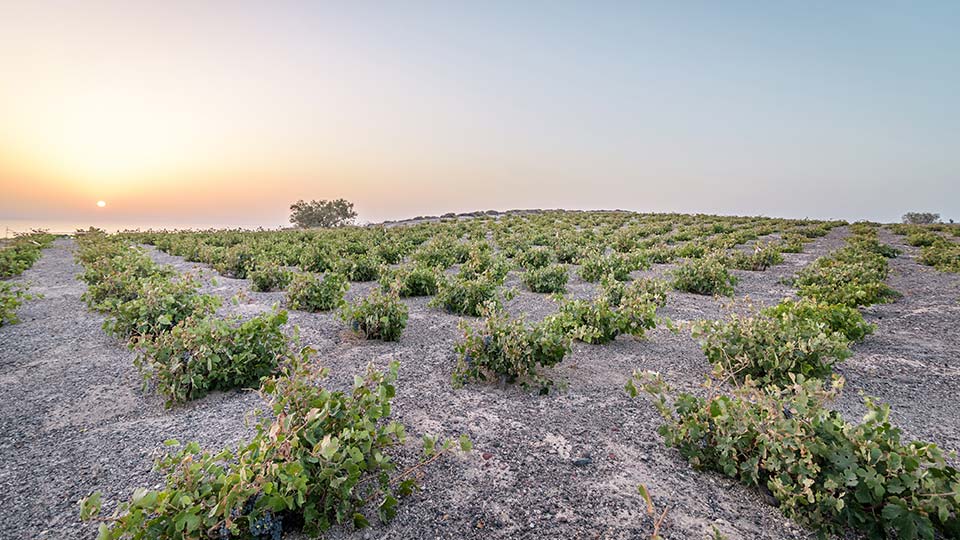 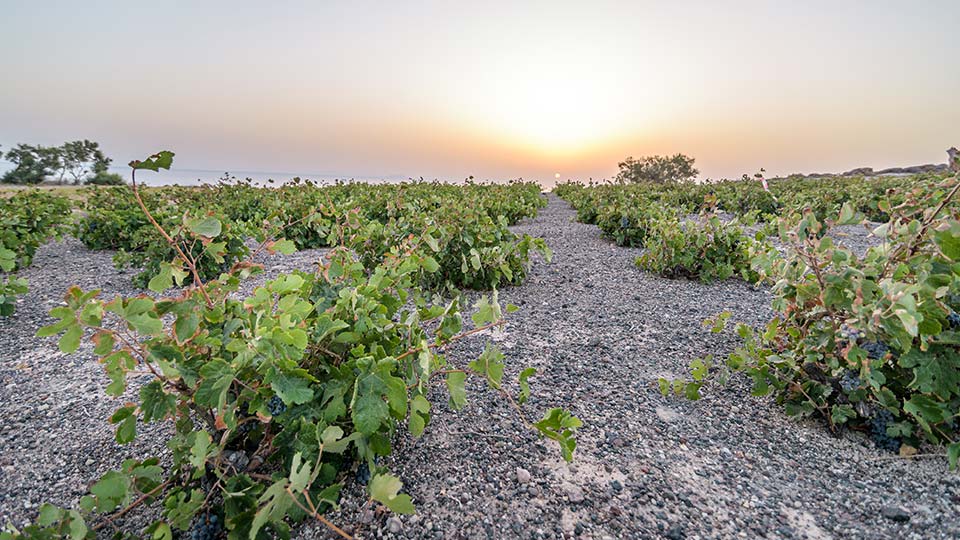