Balance of power and history

The Beginning and the Growth

Porto Carras is one of the largest and most famous hotels and holiday resorts in northern Greece. It is located on the Halkidiki Peninsula in Macedonia, just an hour away from Thessaloniki the country’s second largest city. The property covers over 500 hectares, including more than six miles of sandy beach and twenty-five pristine coves. With 300 hectares under vine, it is also home to one of the largest unified vineyards in Greece and one of the largest in Europe, Domaine Porto Carras.

The Stengou family purchased Porto Carras at auction in 1999. This family of engineers had a background in construction and tourism. They undertook major renovation of the property in 2000 and spent more than six years re-cultivating the vines. The Chairman Konstantinos Stengos, made  the purpose of his life to bring Porto Carras to the foremost rank of the international tourist market. His daughter Ylianna Stengou devoted herself to the Domaine and the development of indigenous Greek varieties.

Today Porto Carras Grand Resort includes two 5-star hotels, Meliton and Sithonia, as well as the Chateau, Villa Gallini. There is a casino and two Thalassotherapy and Spa Centers. There is an international-standard 18-hole golf course, the largest and best equipped conference hall in Northern Greece, a horse riding academy, a tennis club with nine courts, a diving center and a nautical club. The resort also features three helipads, two waterways and a 315-berth Marina, which is the largest private marina in northern Greece.

The Vineyard & the Winery

Domaine Porto Carras is the largest organic Greek vineyard with total area 500 hectares. The idea of reviving this area around 1960, deciding to utilize all the potential of the valuable dowry that nature had bestowed on the unique western costs of Sithonia was the mark point of Greek oenology. The hilly areas in the region create excellent ecological conditions for cultivating the 28 selective local and foreign varieties that thrive on the southwestern slopes.

In the beginning of 1965, the first vineyards and olive groves were planted. For centuries now the land of Khalkidhiki has been verdant with vineyards and olive groves. Its wines, named throughout the known world bearing the place names Toroni, Acanthus and Olympus, and referred to in many texts of past ages, were the forerunners of the resent-day wines from the Slopes of Mt. Meliton region, now recognized as wines with Protected Designation of Origin (P.D.O.) “Meliton Slopes”.
The vineyards were designed by university professors from the Thessaloniki School of Agronomy and Athens Vine & Wine Institute in an exemplary manner. For the first time a systematic study was carried out on the suitability of foreign varieties in Greece. The Domaines’ people have respected the magnificence of this unique environment. Wherever there were forests, they have been left untouched. Thus the trees today still constitute a natural barrier, trapping the evening atmospheric moisture which helps the vines withstand the hot days of summer.
Today the “Slopes of Mt. Meliton” vineyards are a model of organic viniculture, in line with modern international trends, respecting the consumer and the environment.
Thanks to the exceptional climate conditions prevailing in the area, the Domaines vineyards are today considered to be one of the rarest cases where most vine diseases are confronted using organic processes.

The Winery was built in 1970 and along with the Vineyards, set a milestone in the Greek wine industry. Its location in a valley was chosen to be invisible to the passer, both from the road and the sea, thereby protecting the beauty of the landscape. It is also worth mentioning the extremely significant contribution of the father of modern wine-making, Professor of the University of Bordeaux, Emile Peynaud, who assisted in developing the first “Greek” Cabernet Sauvignon. The Greek” Cabernet Sauvignon ideally adapted to the chalky and schistose soils of the Domaine, allows the variety to achieve winning coveted awards, prizes and medals.
The design and the selection of the Winery location at the centre of the Vineyard helps at the fast delivery and process of grapes, aiming at maintaining their quality dynamics and to avoid oxidation. 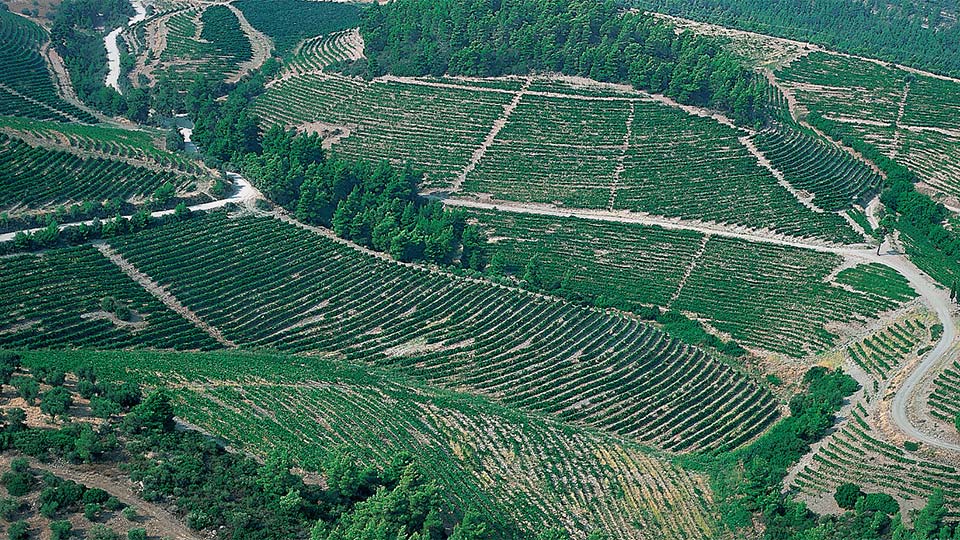 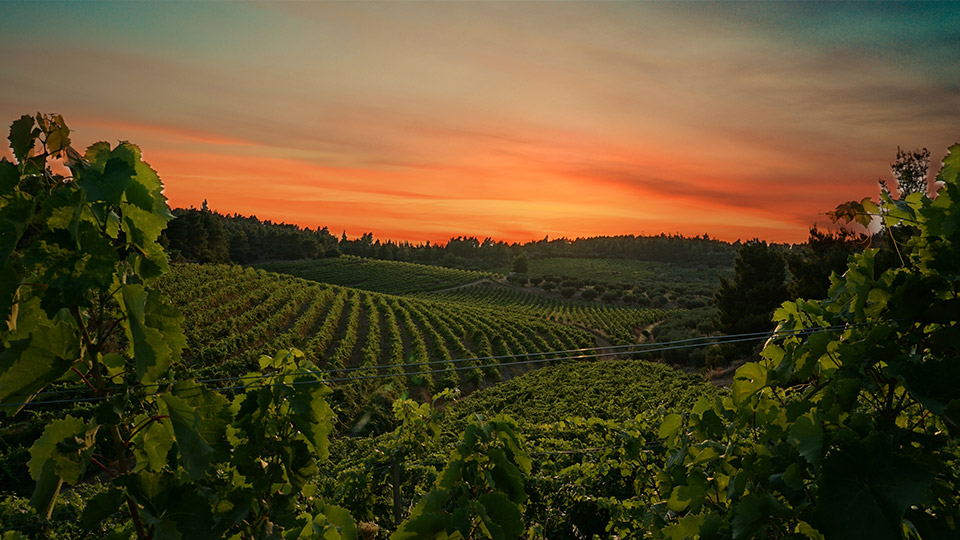 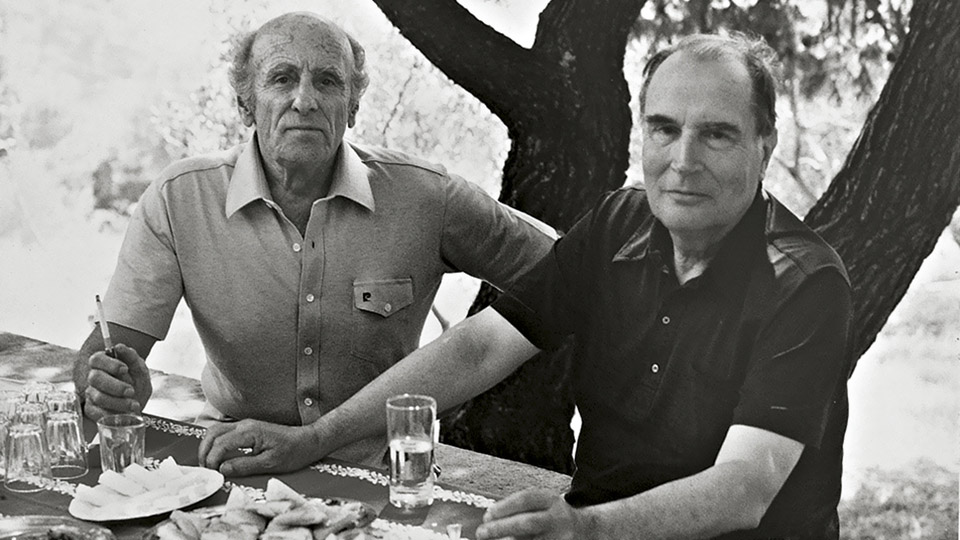 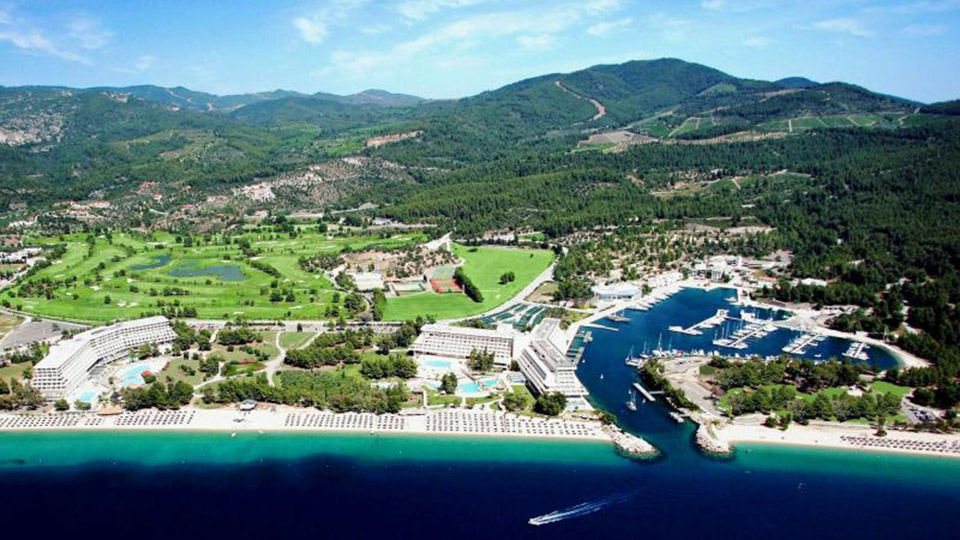 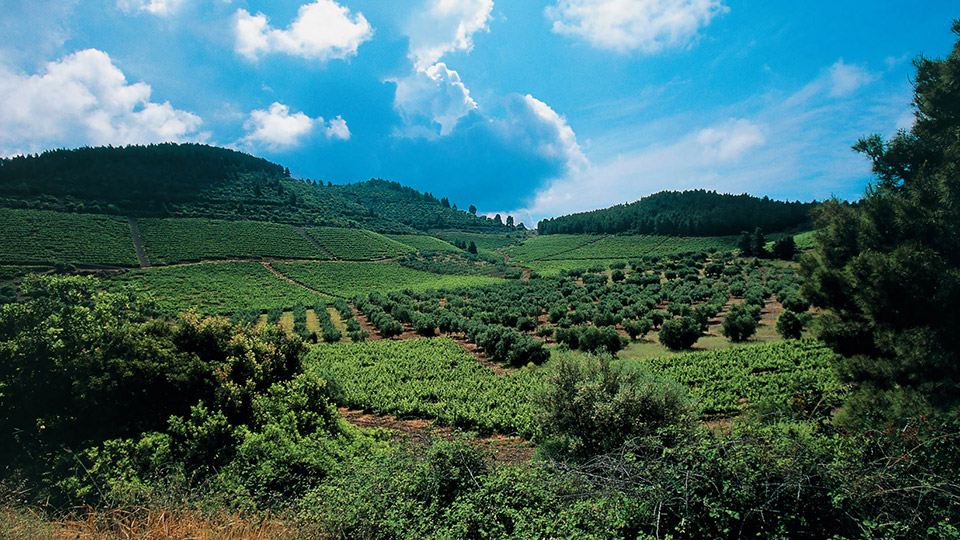 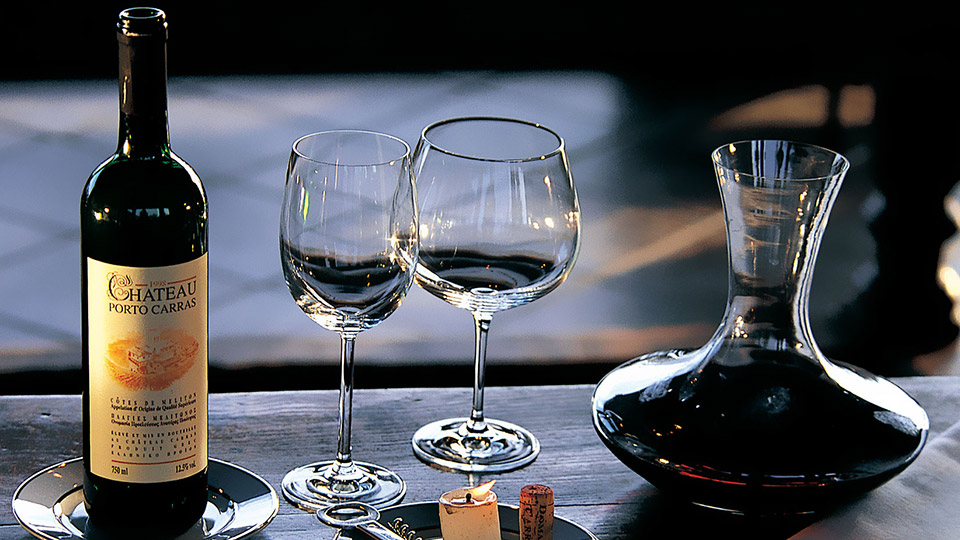 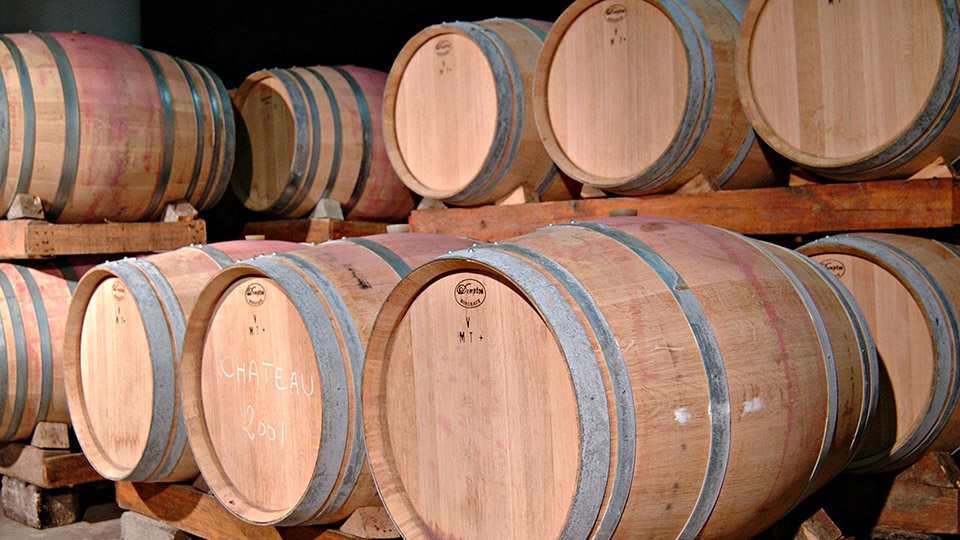 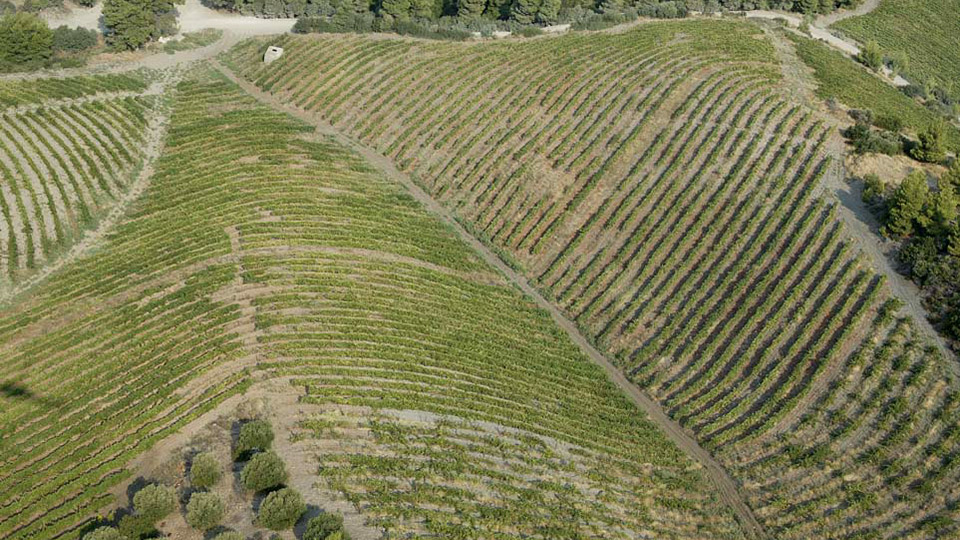 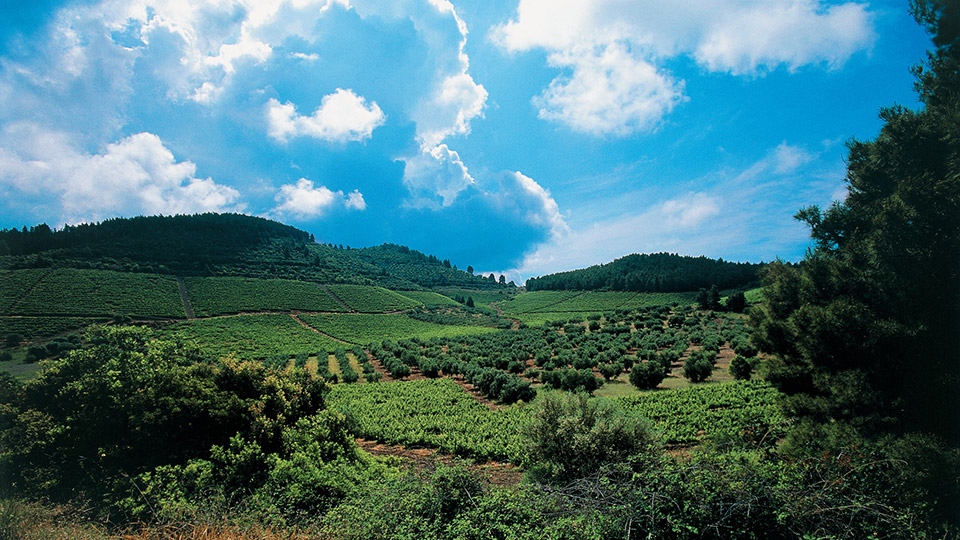 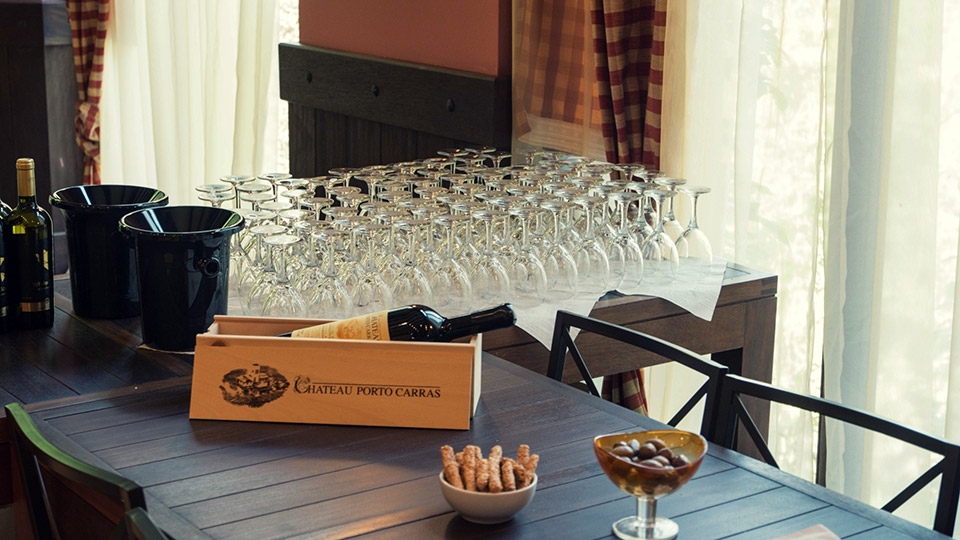 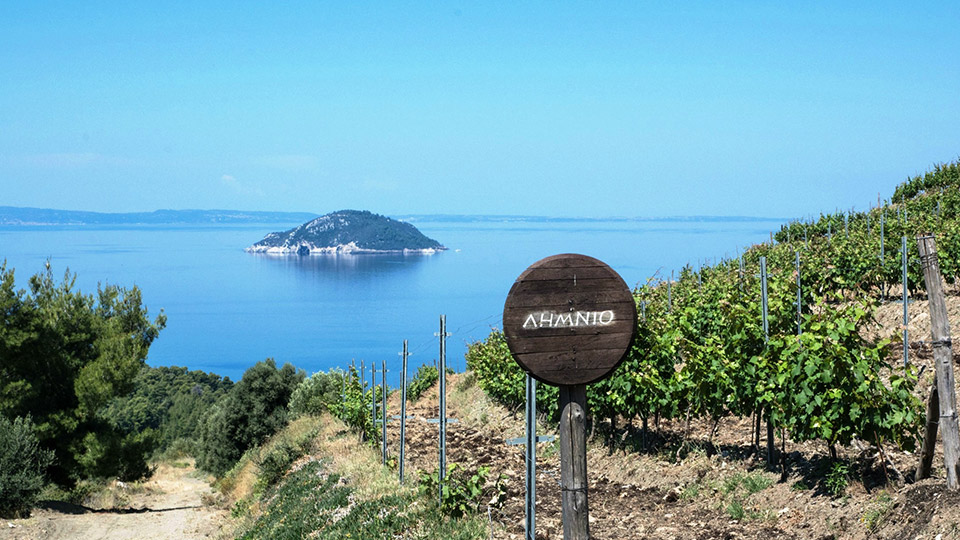 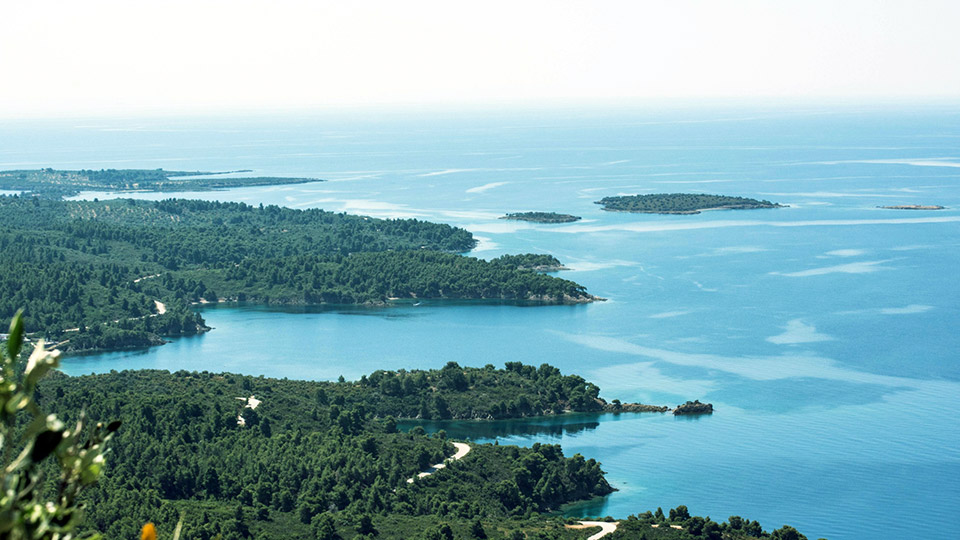 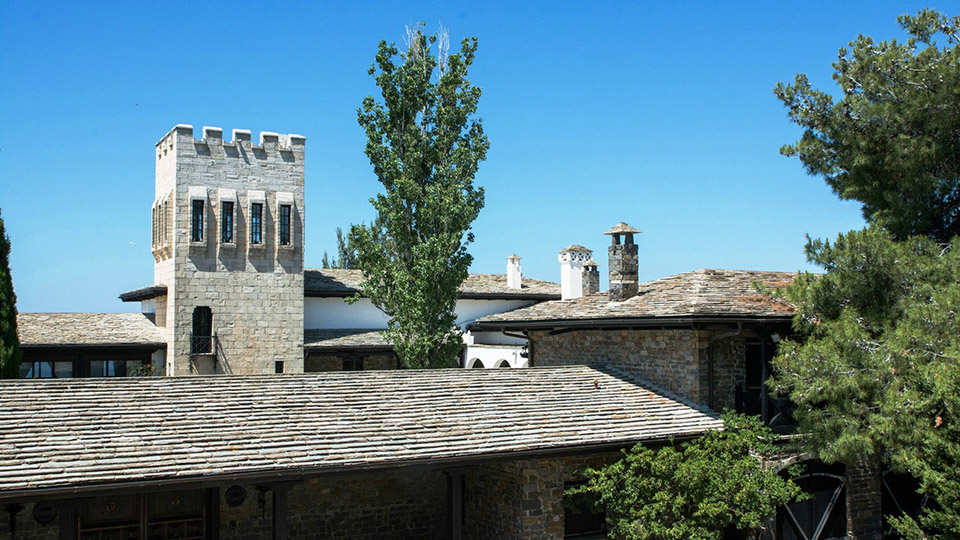 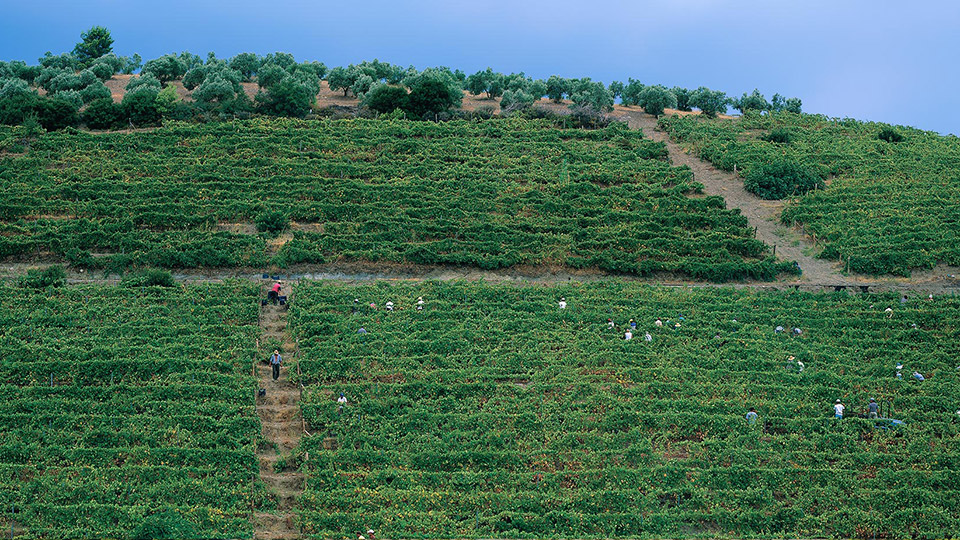 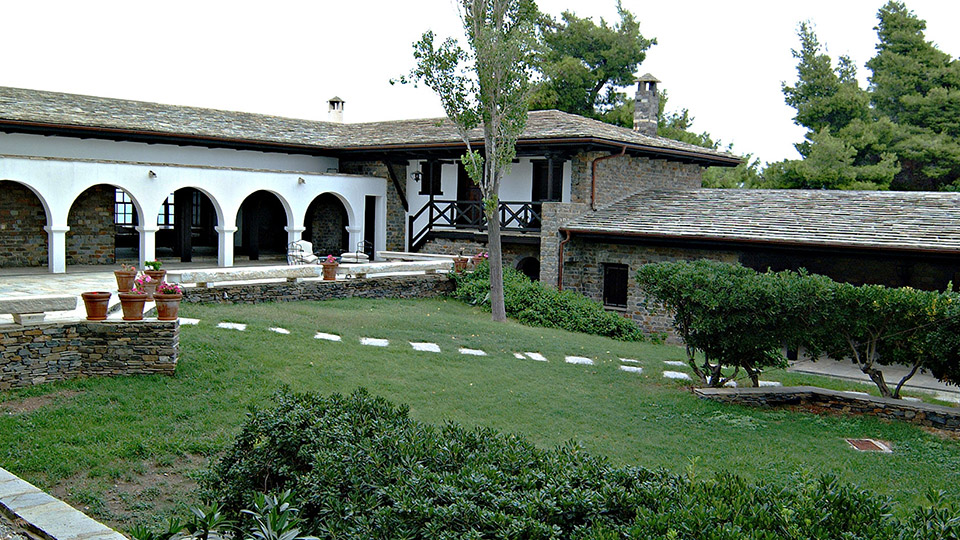 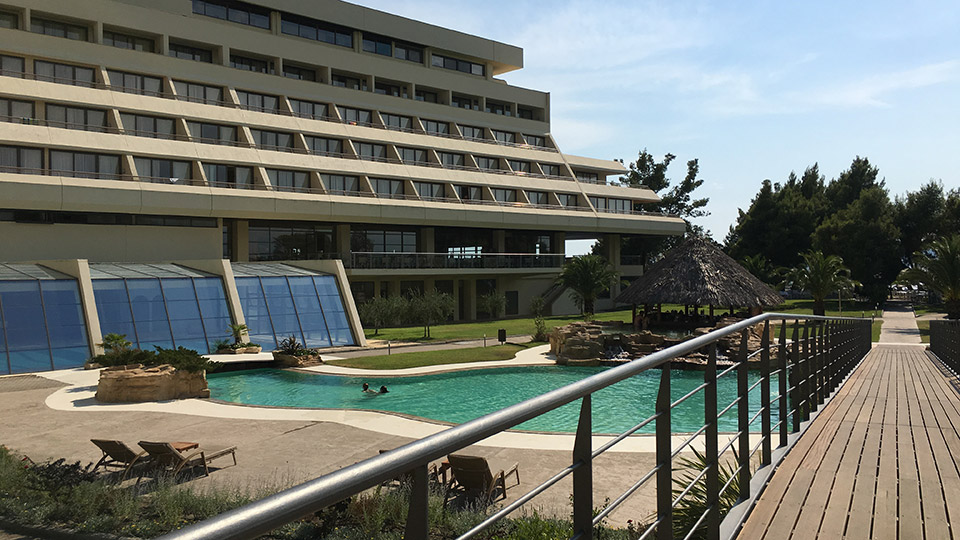 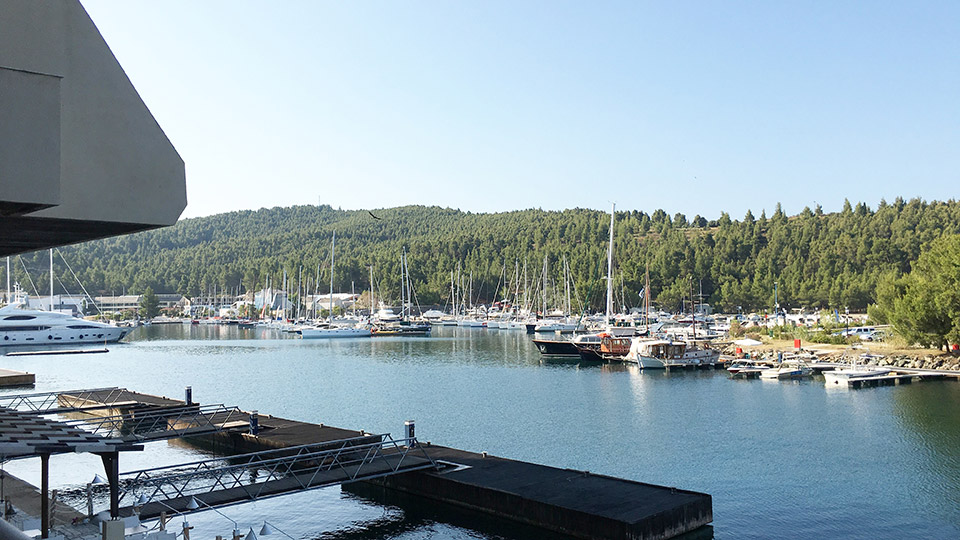 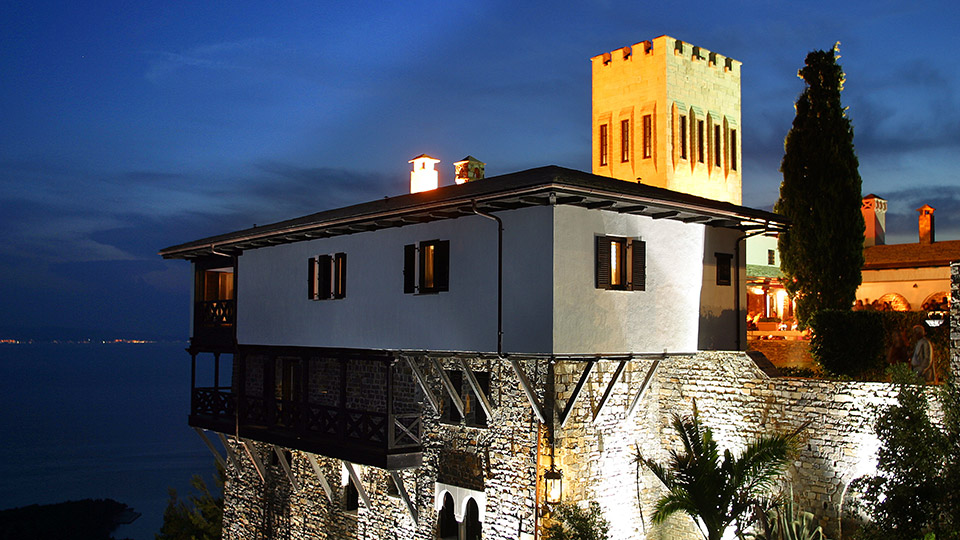 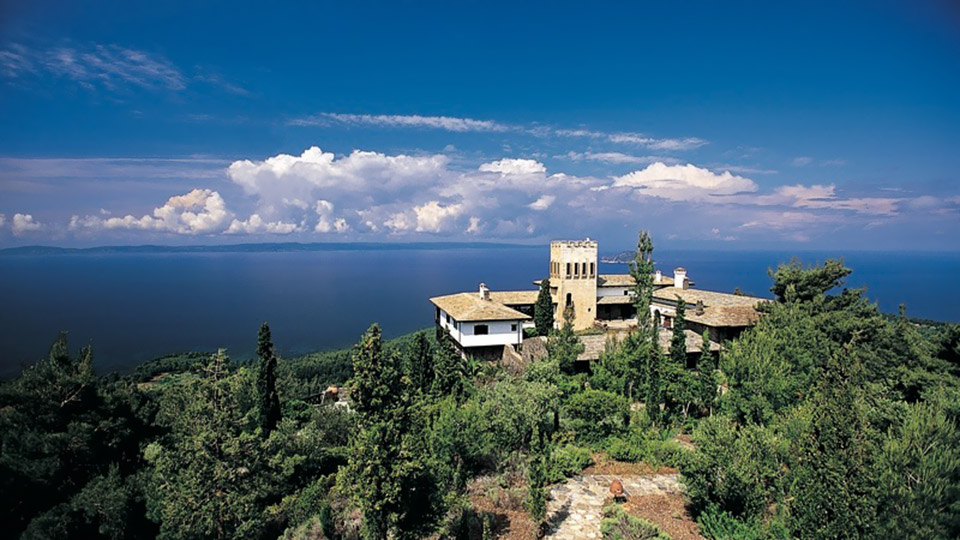 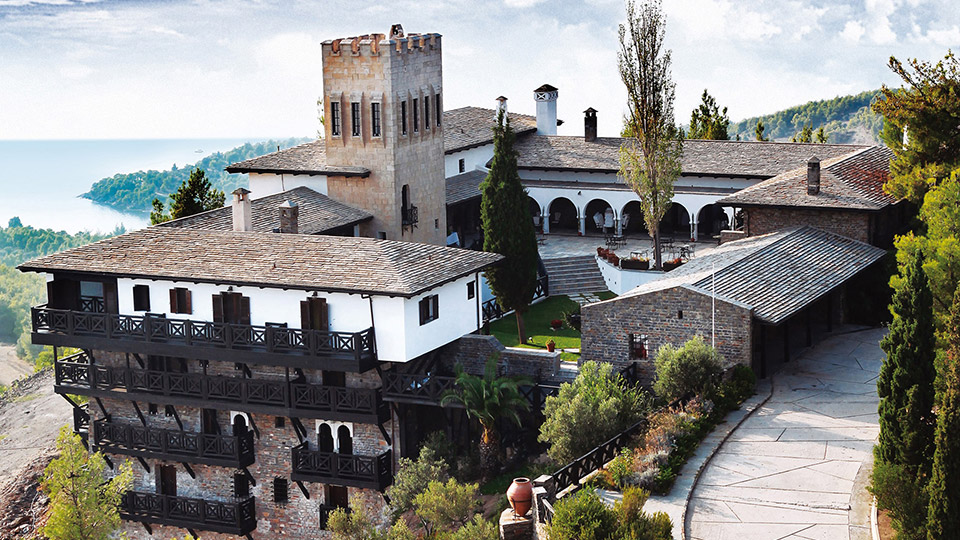 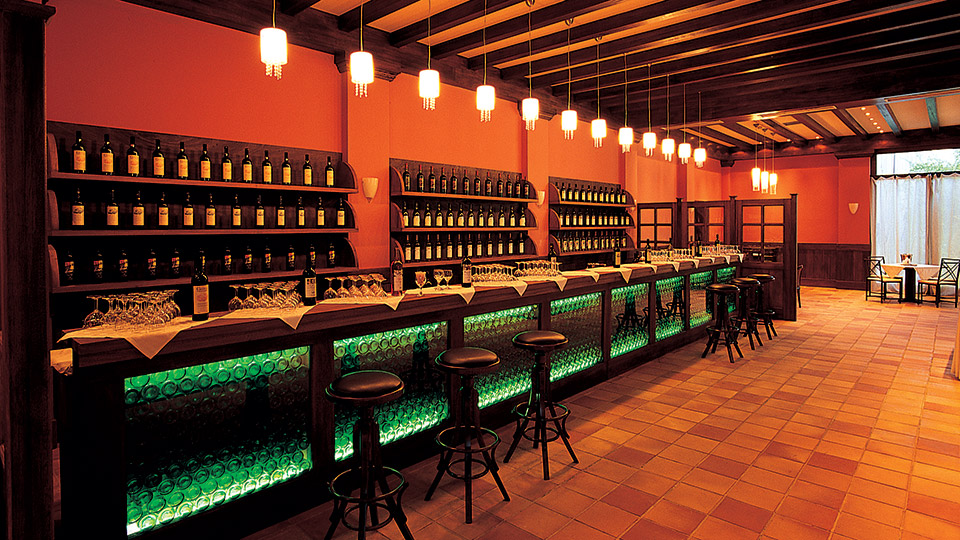